The Between Centennial Festival is history and we had a great time! Check out some 0f the photos. 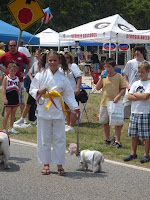 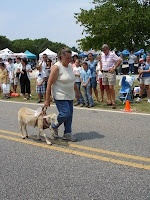 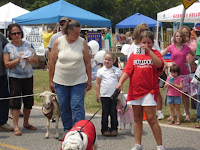 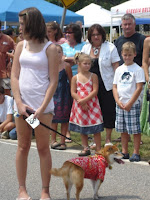 There was quite a variety of participants - a goat dressed like a fairy, a sheep with wings, a Georgia Bulldawg, a hedgehog, horse, and an assortment of really cute dogs. In fact, the Cutest Pet contest was tough to judge. Thank goodness someone else did it.

We met lots of nice people, got some great donations and new volunteers. Thanks to folks at the city of Between for inviting us.

Now we're moving into fall and things are gonna get busy. Look for news of a fun event at Boss Brothers Country Store coming up on September 27, with entertainment, pet contests, and an assortment of other things to do.

Also, our Pet Calendar contest is officially launched! Get your photos in. We're gonna have 12 winners gracing their very own month - if you don't enter your pet, he/she won't be one of them. Plus, everybodys photo will be on display in a collage, whether they are chosen as the top 12 or not. These calendars will be available at retailers throughout the county starting in November. Entries are $10 - the proceeds go to fund our programs.

I'm prohibited from entering - a bummer, but that's the way it goes when you're an official spokesdog.

But good luck to everyone else!