One of our rescue dogs, a shepherd/hound mix named Jack, met lots of new friends on this bright and sunny Sunday morning. We drove to the Monroe airport to meet Tom and Stephanie Campbell and their daughter Keira, along with Tom and Kim Heagy, who offered their plane/pilot services and organizing skills to start Jack on his journey home.

Gas up the Grummen Tiger, we're ready to fly! 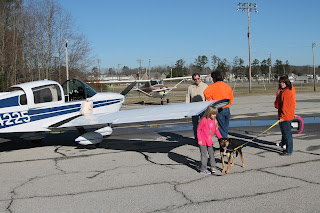 After some pre-flight preparation, everybody got together for the good-bye photos. 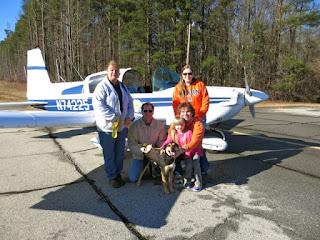 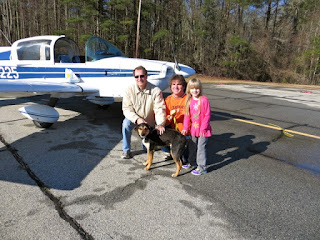 Our two able-bodied pilots, Tom and Tom, were ready to fly. Jack climbed in and took a spot with Kim, his back seat companion. He was excited - this was gonna be FUN! 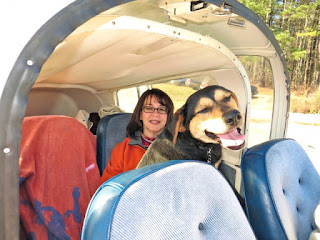 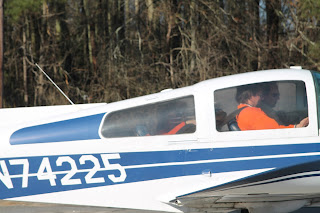 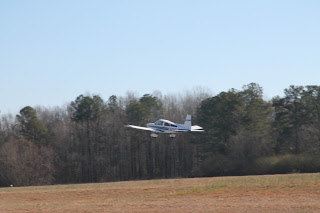 On the way at last! 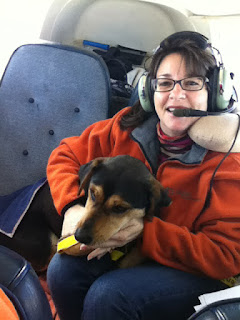 Who needs a seat when a lap is available?

After landing in Somerset, KY, Jack took off again with pilot Ryan Allen headed toward Indianapolis. 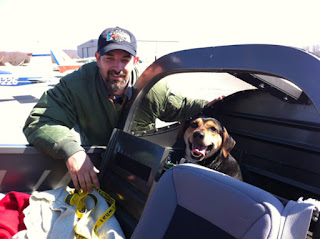 Last leg of the trip was Indianapolis to Chicago with pilot John Cook. Everyone reported Jack was the perfect traveler - quiet and polite! 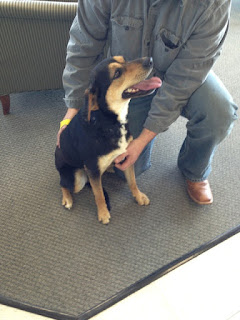 All these pilots are volunteers with Pilots 'n Paws, a non-profit organization of private pilots donating thousands of air miles to help pets like Jack. 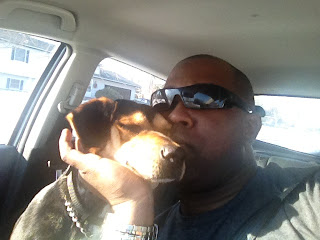 After landing in Chicago, new friend Jon Nelson picked Jack up. He's settling into his new home and will soon meet his adopter, Frank! Congratulations to everyone on an awesome job - Jack was lucky to have so many dedicated pals helping him to his Happy-Ever-After ending.

A giant WAG Thank You to everyone who took part today, as well as Jenny Sisson Dove for taking great care of and fostering Jack these last few months, and Stephanie for pulling everything together. Y'all rock!