Meet Waldo, f/k/a Honey Bear. The Bassett Hound mix has been roaming the streets of Loganville for about 5 months and became a local legend for stopping in at some of the city's finer restaurants for dinner. He was captured and escaped, finally captured again two days ago.

His fans named him Honey Bear, but since we already have a foster named Honey the decision was made to rename him. Waldo seemed like an appropriate moniker, since he was Loganville's K9 "Where'e Waldo" for so long.

He's doing well here, but is scared, of course. We went for a short walk once we got home today. He did surprising well on the leash and only tried to pull away once or twice. Of course, I was carrying chunks of ham to help with motivation. He's spent some time in the kennel, then we went for another short walk and bathroom break. The other foster dogs have met him through the fence and all tails were wagging - his a little more tentative than the others. But he's currently relaxing in a kennel and hopefully all the other fosters will give him pointers on the life of a WAG rescue dog. I think he'll do great.

Waldo is heartworm positive and loaded with worms, but his sweetness shines through. The community has embraced him and are raising money for his treatment. Marco's Pizza, a true pet-lovers restaurant, is donating a portion of their proceeds from November 11 sales, so let's all go chow down! Thanks to everyone for their support of Waldo! 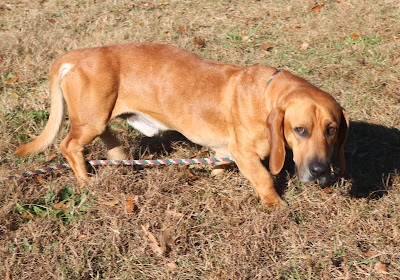 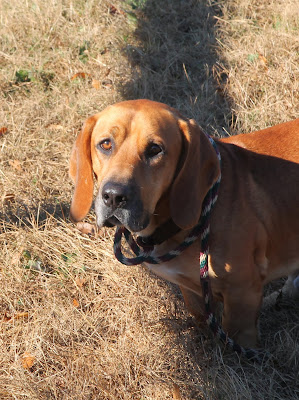