In 2010 we rescued two little terrier mix puppies from Walton County Animal Control. We named them Oscar and Felix. 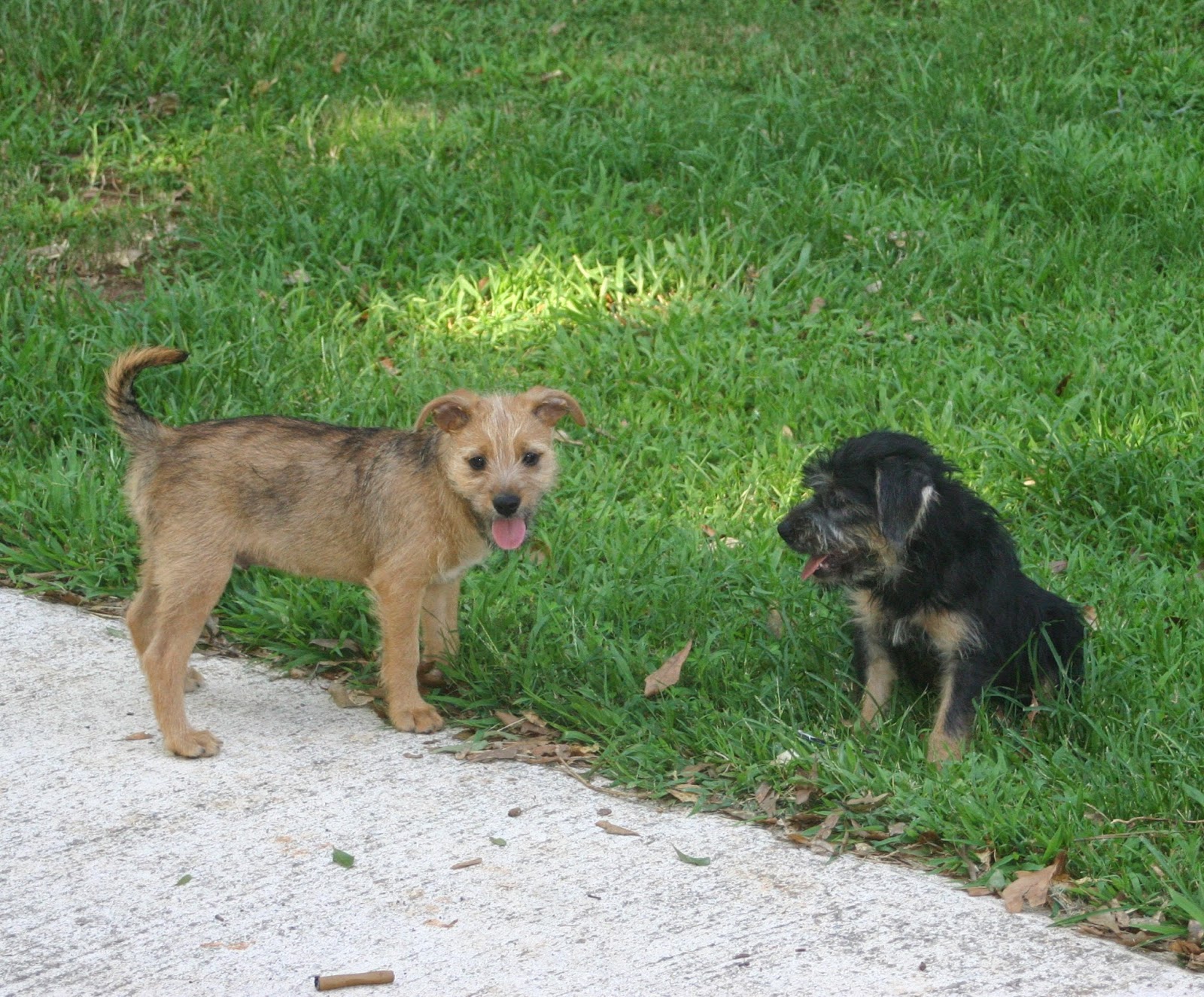 One of our WAG supporters, Kim, brought them to the attention of two of her friends living in California, Kay and Eileen. Kay lives in San Francisco and Eileen in San Mateo. The three former college classmates stay in touch and Kim visits California often. Kay and Eileen fell in love with Felix and Oscar's photos and filled out adoption applications for them.

Obviously Monroe is nowhere near California, so it was decided that Felix and Oscar would fly to California with Kim on her next trip. So at five months of age, the boys boarded a jet flying toward their new home. First class, no less! Well, "technically" they were in a crate, but even the stewardesses fell in love with the flying cuties while they were passed around the plane. Eileen and Kay were thrilled to meet their new babies and both boys went home.

Fast forward four years later. Here's a picture of the first reunion between Oscar and Felix since going to their new families. Don't they look great? Obviously it's to hard to know for sure if they remembered each other, but Kay and Eileen report that they seemed real comfortable together and had a wonderful time playing. 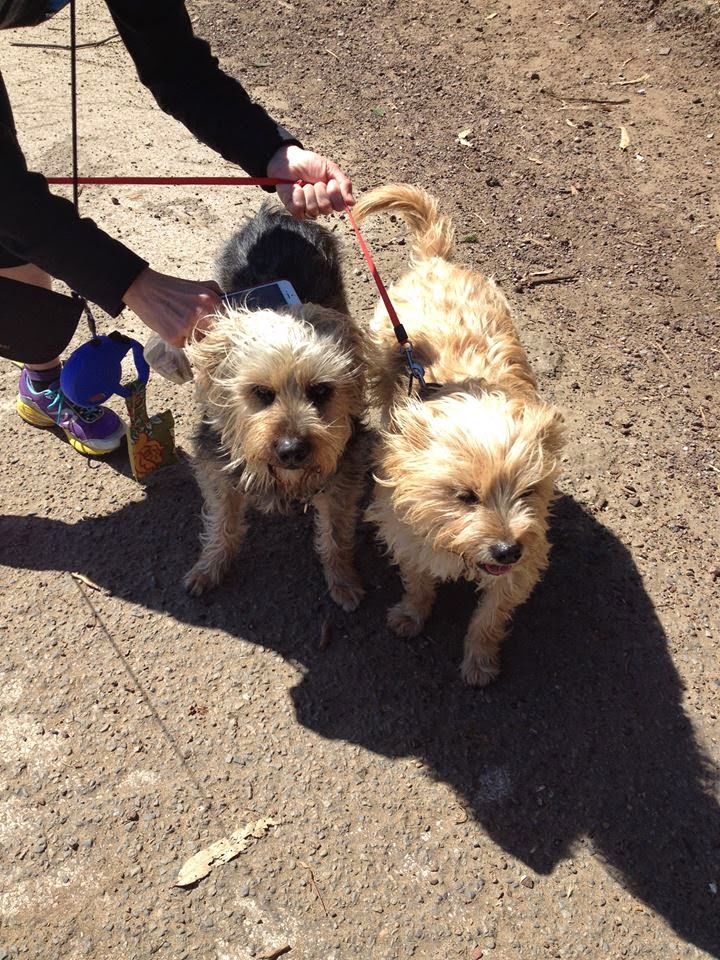 It's wonderful to see some of our rescues after so many years and to hear about the joy they bring to their families. 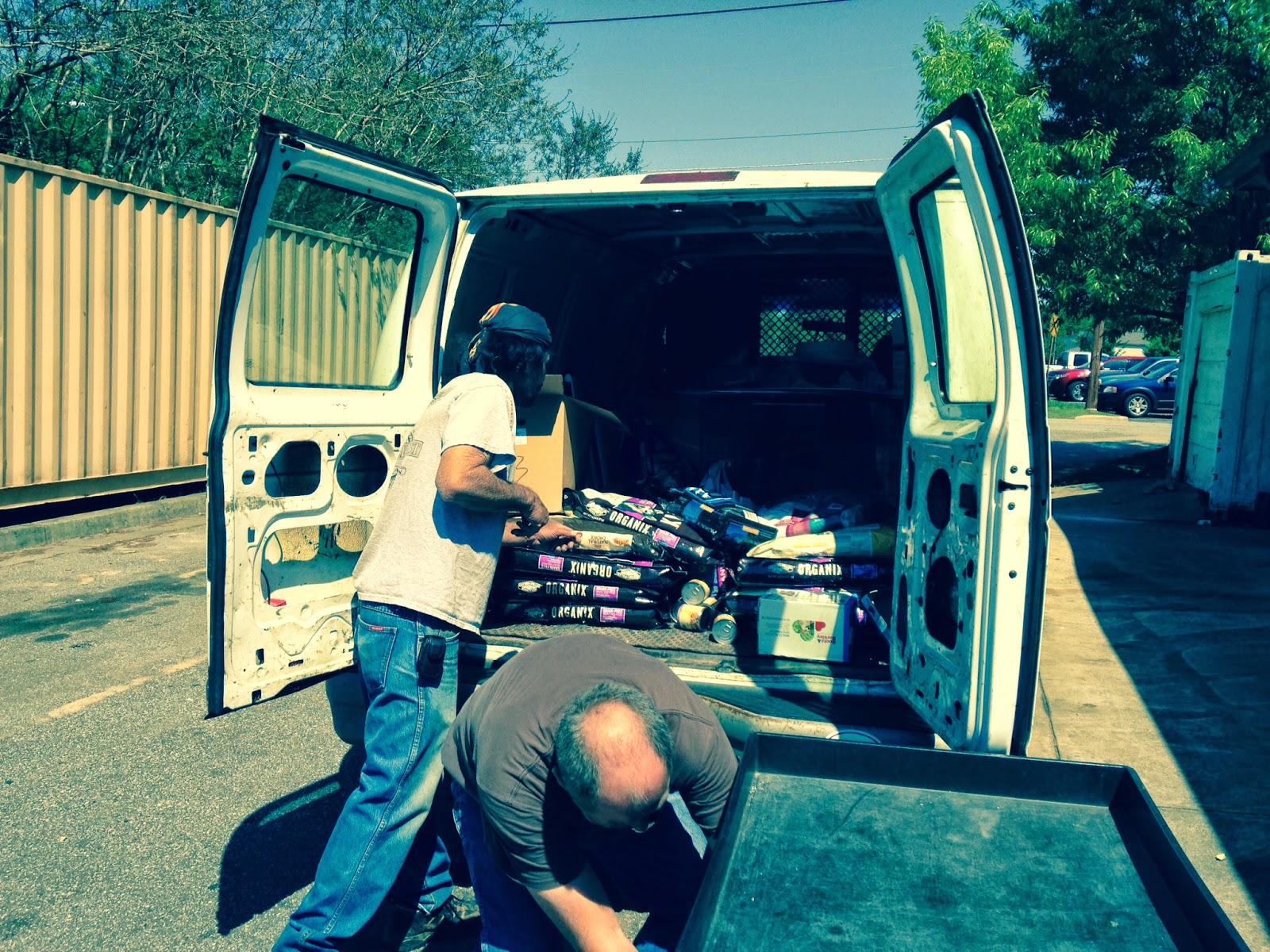 Happy Adoption Day for Toby! Today his perfect family came to see him, fell in love and took him home for what we hope is another WAG Happy-Ever-After tale. Big yard, lots of kids, dog parks and jogging with Dad - it doesn't get much better than that for a dog. Congratulations to Toby and the Klein's and welcome to the WAG family! 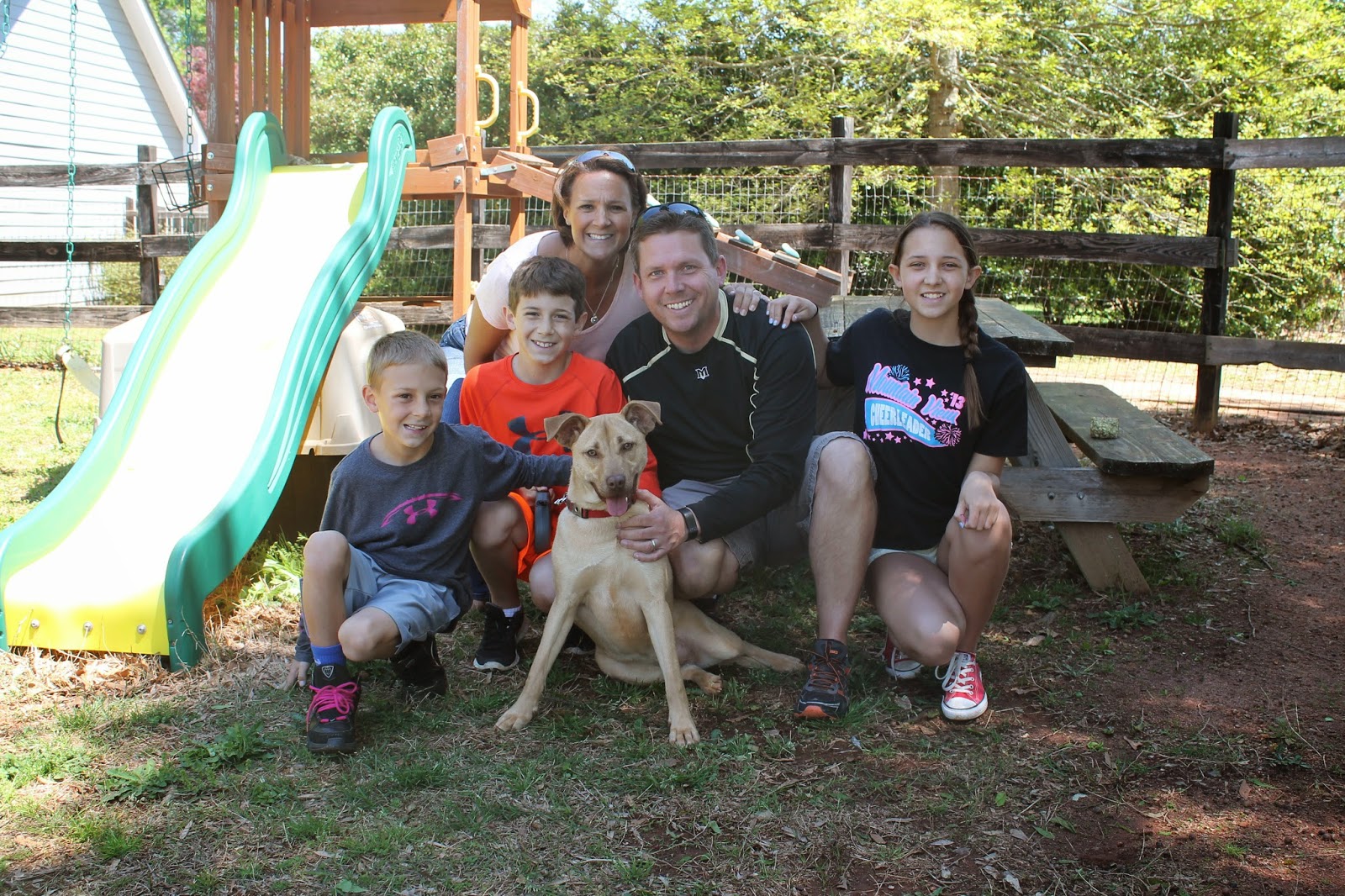 Coming soon to an adoption event near you!

Some new fuzzy faces in the WAG adoption program - eight adorable puppies coming via our Puppy Prevention program. Four boys and four girls, different colors and markings. Mom is a Shepherd/Husky so they'll be big dogs. Sadie and her siblings just received their first set of vaccinations/deworming and will be ready for adoption in a few short weeks! 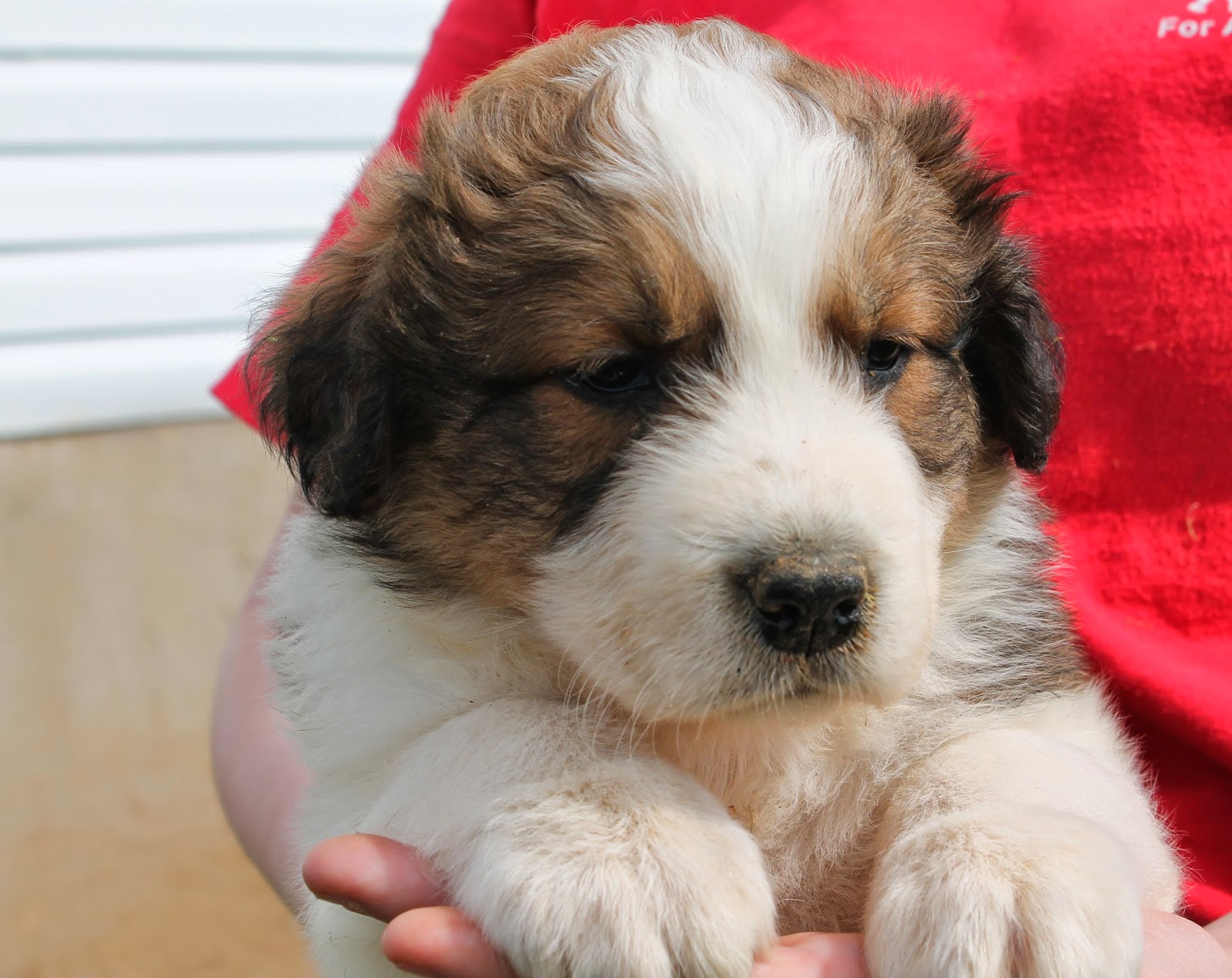 Here's Maggie, a Catahoula mix rescued from Gwinnett who needed hip surgery. She's doing great now and is ready for her new home. Maggie is a very bright and friendly girl who's energetic and needs an owner that will spend time with her. She gets along great with our other dogs and loves attention from people. 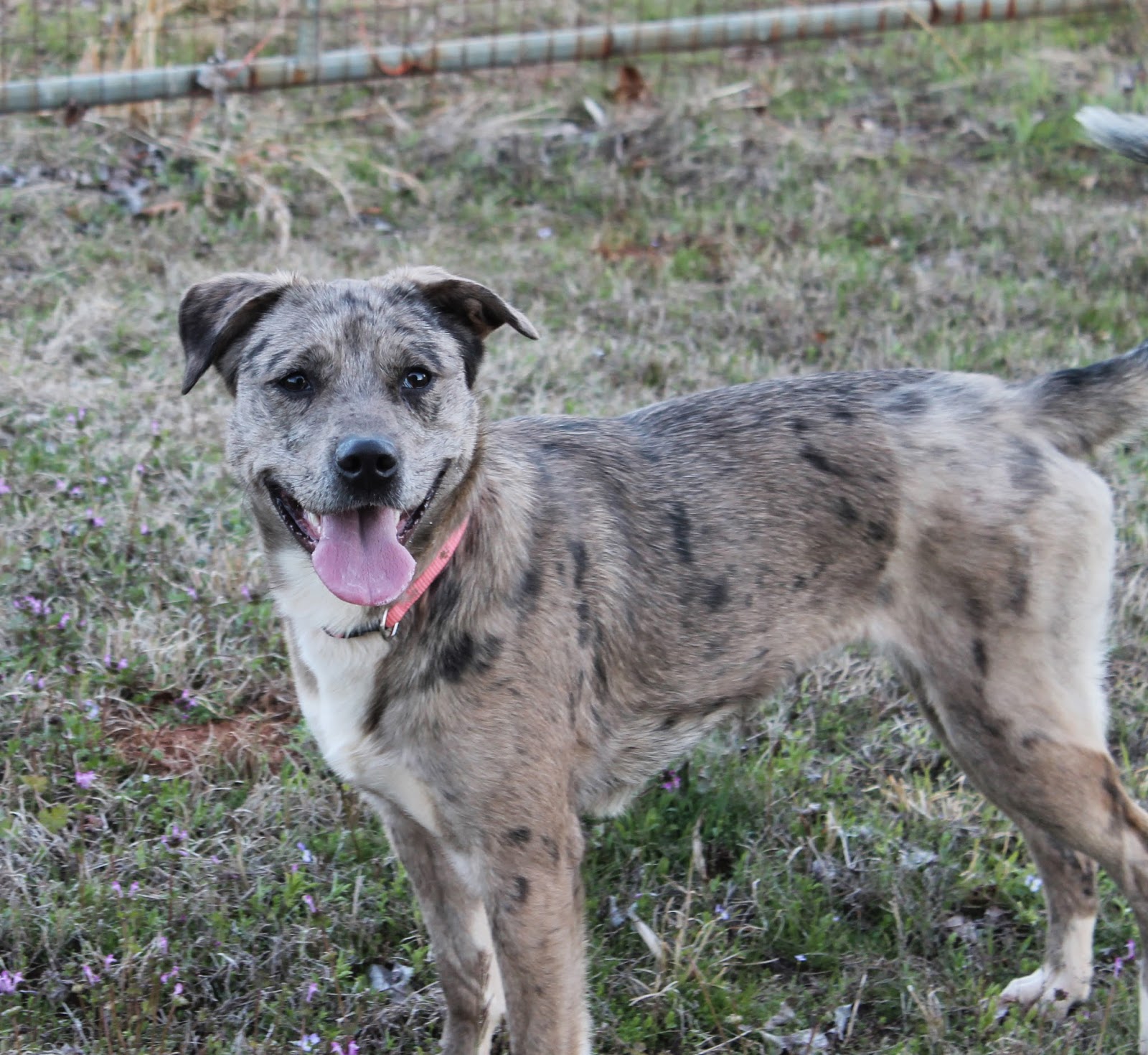 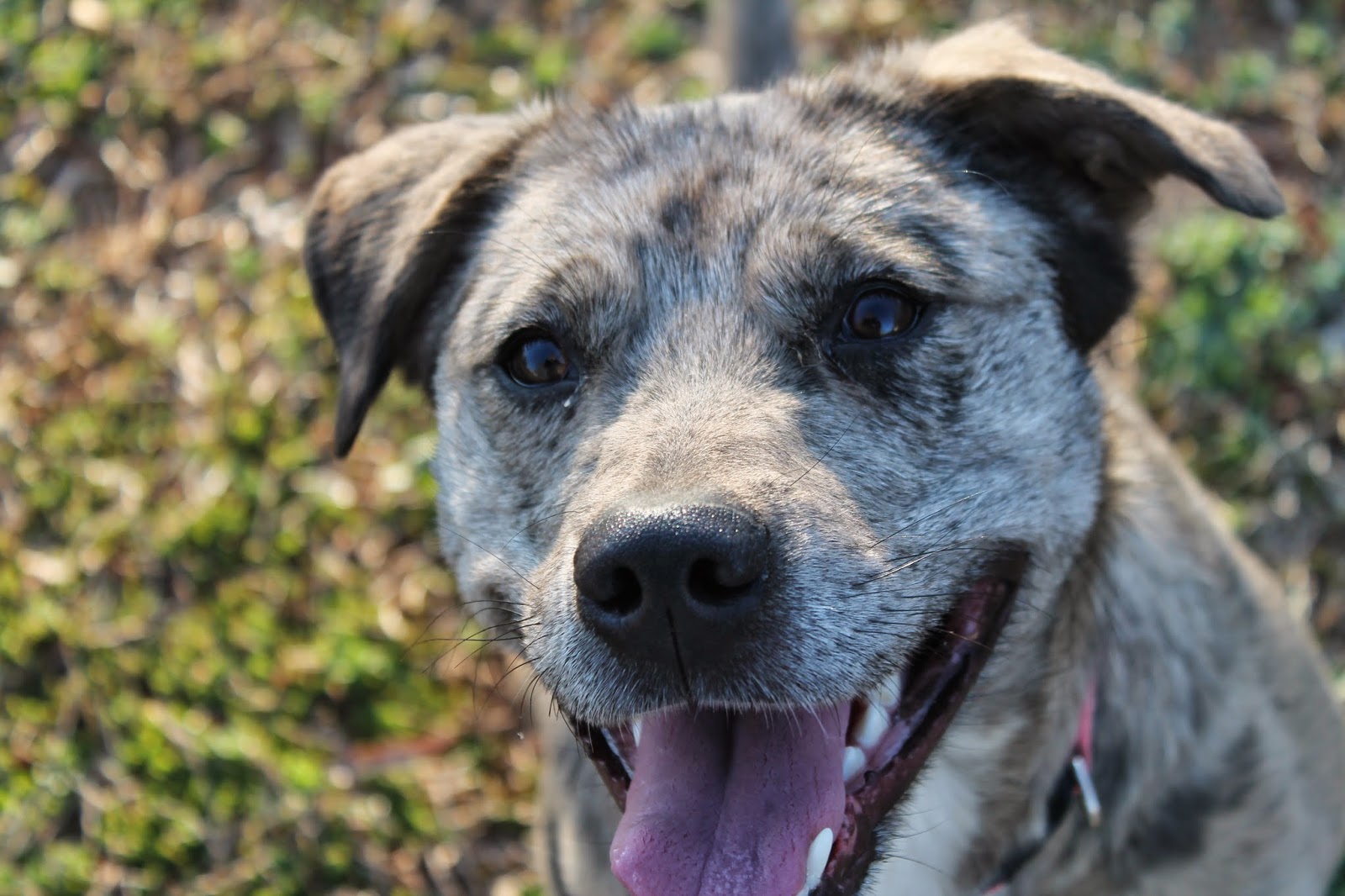